When many companies want to bring about change they primarily train and inform people as to the new behaviors and expectations. What is often unattended is where the lines are where the change is the most disruptive and what needs to happen right on that line.

Imagine a battle map between two major forces. Somewhere on that map, there will be a line that shows where the forces are colliding. This is the front line. Strategies and tactics are developed to manage that front line, push it, and shift towards victory.

Perhaps a less militaristic way to think of it is by imaging waves pushing up on the shore. As the wave crashes, the water rushes up the shore until it gets to a point where the forces of the sea cause the water to withdraw. This leaves a line in the sand. On one side it is wet, and on the other it is dry. The tides push those lines further up the beach or closer to the sea.

This idea of a line also exists when we try to create a change.

Consider the case of a company wanting to make teams more agile. Now, they will likely hire consultants and other things, but pretty quickly, they’ll have people working hard with teams to change their methods, processes, and mindsets. An all-to-common reprieve from all of the scrum masters, coaches, and consultants who attempt this will be that the managers and leaders aren’t playing nice or don’t get it.

Well, without realizing it, there was a line drawn where change was going to happen and where it wasn’t. The team was going to change and become agile. The managers weren’t. The inexperienced change agent will find that this line is incredibly challenging to handle. When unattended, it will feel like endless friction, resistance, or even sabotage. 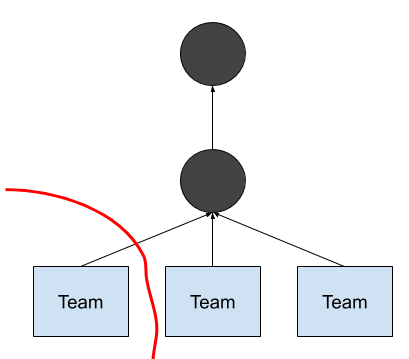 Now, let’s say the change was somewhere else. Maybe it involves a leader in the company who wants to have more definite goals and measures. Well, people will appear all over to help that leader solve that problem, and once again, the lines are drawn. For that leader who wants these things, they may have unwittingly signed themselves up to be on the front line with people who don’t work this way and will have to go into meetings able to speak about both worlds.

Here’s how that looks. 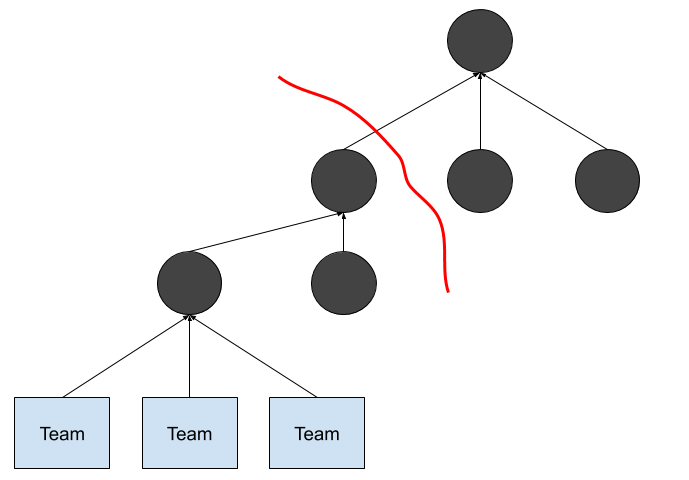 Now, what can we do about this? Well, when we want to see a change take place, we can be aware of the line we are creating. Who is in and who is out? Even if we want to say things like, “Oh, everyone is included!” The reality is that there will be areas of concentrated effort. Look at those areas of concentrated effort, and then map out who the people are that those pockets interact with.

Your job as a change agent is on this line. Prepare the people who have to go out and work with groups who don’t understand these changes to live in two worlds. Don’t let them go through that alone.

Imagine the team that is going to be agile and instead of having to report on their hourly estimates on a Gantt chart and suddenly showing velocity. The people they try to show that to won’t understand and will want things to be closer to what they used to have. This is the front line for that team. Work to prepare the team for those interactions. Work with the people they interact with about the changes and how they will now get those same answers.

For the leaders trying to set up clearer goals and measures, prepare them for when they go to their peers. Maybe this leader will be the only one with clearly articulated goals and measures. Even if this sounds great, it will often be considered foreign. Prepare them to adjust their peers over time to what it is they are doing. Treat that line as something that needs unique consideration.

It is where the old and new meet.

In my work, I’ve been sensitive to this idea for a while now. Whatever the change is that I’m about to take on, I look at the people included and excluded from the change. I draw a line to show me that, and then I move my effort to that line. I spend time smoothing out both sides. I prepare both for what will happen and what might need to adjust. I work with both forces to prevent a battle.